The Highest Point of Elevation 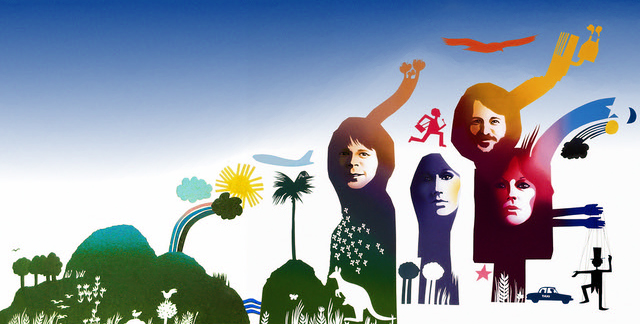 The year of 1977 began with ABBA's first major tour. The venture kicked off with two weeks in Europe, culminating with two concerts at London's Royal Albert Hall — a staggering 3.5 million people had sent in ticket applications for the London shows. The group then continued to Australia, where Abbamania was reaching its highest peak. ABBA had no peace whatsoever during the tour, and were constantly surrounded by people wherever they went. During the tour of Australia the feature film ABBA — The Movie was also made.

When ABBA returned to Sweden things calmed down considerably, at least on the surface. The group isolated themselves in the recording studio to make their fifth long-player, ABBA — The Album. Under considerable strain they managed to have the album completed and released before the end of the year. On ABBA — The Album, the group had become more sophisticated: the songs were longer and often more complex than before. The album also featured three songs from the mini-musical The Girl With The Golden Hair, first performed during the world tour earlier in the year. But tracks such as 'Take A Chance On Me' proved that ABBA hadn't forgotten how to make straight forward pop songs.

Next read: THE MOVIE/THE VIDEOS
Back to contents