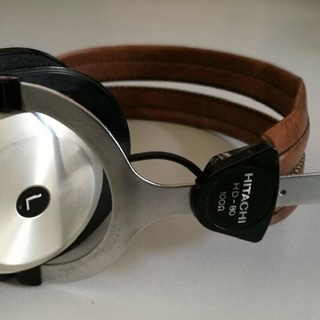 Released as a single in the autumn of 1979 just as listeners around the world were falling under the groovy spell of the disco movement, “Gimme! Gimme! Gimme!” quickly rose to the top of the charts, peaking at no. 1 in six countries.

It’s a tune that somehow weaves the glamor of the discotheque with a gloomy story of harsh loneliness. The jammy dance beats are juxtaposed with lyrics that paint a picture of a morose night in; sitting alone watching the late show while cold autumn winds howl outside in the late hours of the night. The singer dreams of the world of movie stars, fortune, and happy endings, a world that Benny and Björn  seem to be portraying instrumentally.

Benny’s iconic synthesizer hook ascends up and down at breakneck speeds, emulating the highs and lows of a night out on the town. It’s played out on an ARP Odyssey, one of the new synthesiser’s at the time - it showcased the band’s production chops and added to the glitzy vibe of a weekend dance bar. The drumbeat is infectious and mixed meticulously to manifest a perfect disco sparkle. Combine that with those driving rhythm guitars and a funky bass riff and you get a backing track that’s just so danceable.

But what really elevates “Gimme! Gimme! Gimme!” to a new level of prowess is its immaculate string accompaniment. The string fills play off the vocals perfectly and make the song, and the lyrics’ desperate calls for affection, feel all the more grandiose.

Agnetha sings the role of the lonely narrator while Frida provides perfect backing harmonization during the earworm chorus. Listening to “Gimme! Gimme! Gimme!” (and the rest of ABBA’s discography, for that matter), makes it hard to believe that Agnetha and Frida”s voices weren’t made for each other. You can hear the desperation in their calls to the empty night, the longing for the spice of a romantic partner, even if just for an evening.

And let’s not forget the nearly minute-long instrumental bridge. Although certainly unconventional for a chart-topping pop hit to feature a steady eight-bar break with no vocals, the bridge elevates the track to a new level of groove (modern DJ’s are out of their minds if they choose to play the shortened version). Perhaps, the tune’s commercial success serves as a testament to the popularity of disco music at the time, a worldwide craze which had just about peaked in ‘79.

“Gimme! Gimme! Gimme!” was recorded, mixed, and perfected in Stockholm’s Polar Studios, ABBA’s very own recording spot. The track’s music video is mainly just footage of the band recording the track, but the video offered a glimpse behind the scenes into, at the time, one of the world’s hottest musical groups. As viewers of the video would soon find out, the group seemed to be just as dazzling behind closed doors as technical wizards in the studio. “Gimme! Gimme! Gimme!” only fortified ABBA’s  foothold as giants in the international pop scene.

Next read: Abba Tribute band for hire Worldwide
Back to contents